On March 14, 2022, Microsoft Teams celebrated its fifth anniversary . Since its inception, the star tool for communication and collaboration used by most companies in the world , has significantly improved the way teams work and, consequently, the productivity of companies.

During these first months of 2022, Teams has offered its clients a good repertoire of new features. From Softeng, we have selected the 7 most outstanding that will allow us to improve collaboration and productivity on a day-to-day basis. We detail them in this article.

1. What's new in Teams meetings: Who raised their hand first? 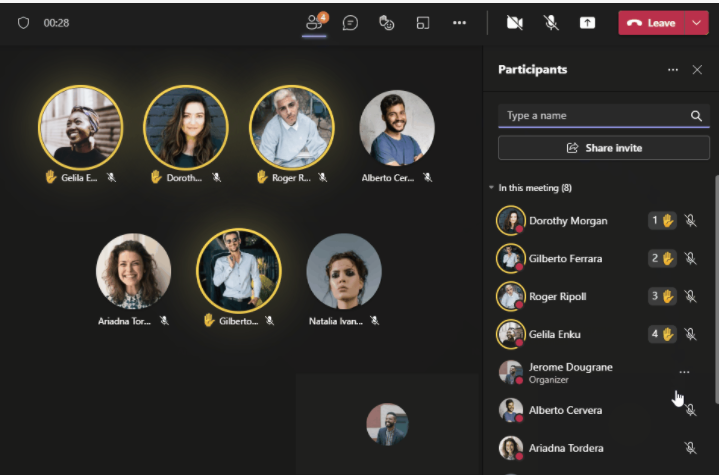 One of the features that has helped us the most in our meetings with Microsoft Teams has been, without a doubt, the ability to raise your hand to ask a question, without it becoming a chicken coop, especially in meetings with many participants. However, there may have been a situation where you were the first to pick it up, but the last to put it down to ask your question.

Thanks to a new functionality, we can see the participants who raised their hands in an orderly manner, in order to establish an order of preference.

2. Conduct a new type of survey

Since the possibility of incorporating surveys into meetings was added, surveys have been carried out that have been very useful to increase productivity and the inclusion of the participants. But the lack of flexibility when creating polls forced us to offer the possible answers that attendees could select, thus limiting creativity.

That's why we can now create open-ended polls, allowing us to brainstorm ideas and empowering our peers' creativity.

When a new poll is added to the meeting, attendees will be able to access it from the same meeting chat to contribute their bit and collaborate with their ideas.

All the answers sent will be shown in a very visual panel, where we can see how many votes each proposal has had and its total percentage. And once we have the results, we can close the survey and export all the answers in Excel format.

3. Automatic recording and expiration for meetings

This new feature will free us from many headaches. Sometimes it may happen that we start an important meeting that we want to record in the future to be able to make inquiries, but for one reason or another we do not hit the button to start the recording.

Thanks to this feature, we will be able to configure in advance whether the meeting should be recorded automatically, allowing us to be more agile when starting the meeting and prevent a mistake from costing us dearly.

Along with the above, we highlight that now all recordings will automatically expire after 60 days. This policy applies by default to the entire organization, both for recordings stored in OneDrive and in SharePoint.

But does this mean that I will lose content that I need to review in the future? No, you don't have to. As administrators of Microsoft Teams, we will be able to change the expiration period of the recordings for the entire company, even allowing us to extend it for a period so long that they never expire.

If, on the contrary, we wish to maintain this policy globally, meeting organizers can update the expiration date of the recording to avoid losing it in a timely manner. To do this, they only need to access the video file generated on their OneDrive or on the SharePoint site of the Teams channel where the meeting took place and update that property.

Continuing with the novelties in the recordings of the meetings, new functionalities have been added to the reproduction of these that will help us save time.

In the last year, the possibility of reproducing Teams voice messages by varying the speed of the audio was incorporated, as if it were applications such as WhatsApp, because now we will have this same feature for the reproduction of the recordings of our meetings. Doing this is as simple as opening the recording in the player and selecting the speed at which we want to view its content.

Another feature that will allow us to get the most out of our recordings is the possibility of viewing the transcript along with the video. To do this, it is as easy as selecting "Transcription" in the recording player itself.

5. What's new in Chat: Reply to a message

When you're in a group chat, it often happens that you want to reply to a specific message, but this functionality was only available in the mobile version of Teams. Now we have this feature available in our desktop application. In order to do so, we only have to select “Reply” for the message we want to quote. The marked message will automatically appear in our editor so that we can insert our response.

From now on, it is possible to fit more messages on the screen thanks to the new compact view of Teams messages, which will allow you to see up to 50% more content.

We can activate this functionality from the “General” option. When you activate it, you will see how the messages are compressed, saving a lot of space on the screen. 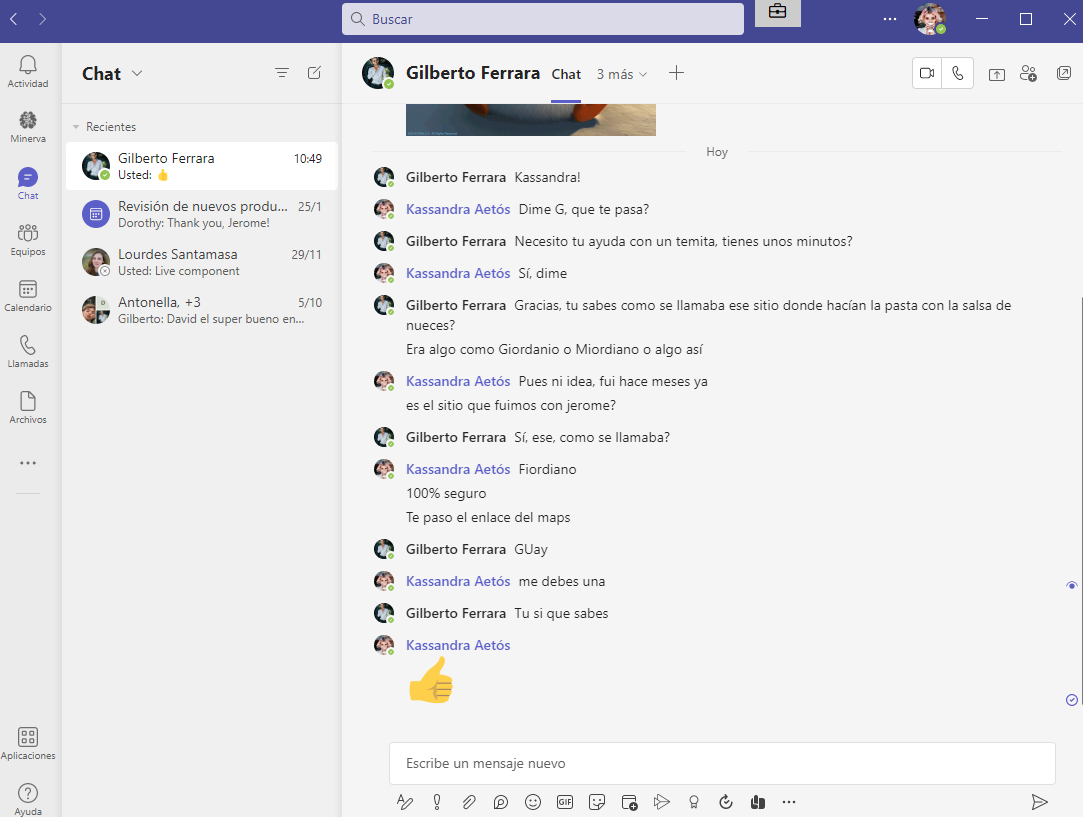 The integrated Teams "Ideas Viva" application is renewed with a new functionality designed to improve our well-being at work and enjoy more with the tasks we do. It is a mindfulness functionality developed with the collaboration of Headspace, one of the companies with the most experience in the world of mindfulness. They are short sessions of 10 minutes maximum that will help us to better carry out our day-to-day work.

Want to know more about what's new in Teams? Contact us!

Yes, I want to know more