E-mail and messaging applications are one of the preferred avenues for cybercriminals to introduce malware onto computers through attachments or links to malicious websites. These threats are masked in emails of false job offers, notifications of fines, alerts of payments due and even come from affected senders that we trust. In short, falling into the trap of these attacks is very simple .

Office 365 already provides businesses with basic security measures that protect email from known spam, malware, and viruses. However, as hackers launch increasingly sophisticated and damaging attacks, companies need new tools capable of neutralizing them. For this, Microsoft offers us Microsoft Defender for Office 365 , formerly Office 365 ATP, a tool that enriches the security of the platform by providing protection against advanced threats.

What is Microsoft Defender for Office 365?

Defender for Office 365 is Microsoft's cloud-based service that protects against phishing, spoofing, and other sophisticated malware attacks through malicious links delivered through email and Office collaboration tools. 365, including SharePoint Online, OneDrive for Business, and Microsoft Teams. It offers comprehensive protection by offering surveillance throughout the entire life cycle of an attack:

In this article, we are going to discuss each of the capabilities included in this powerful Office 365 security solution. 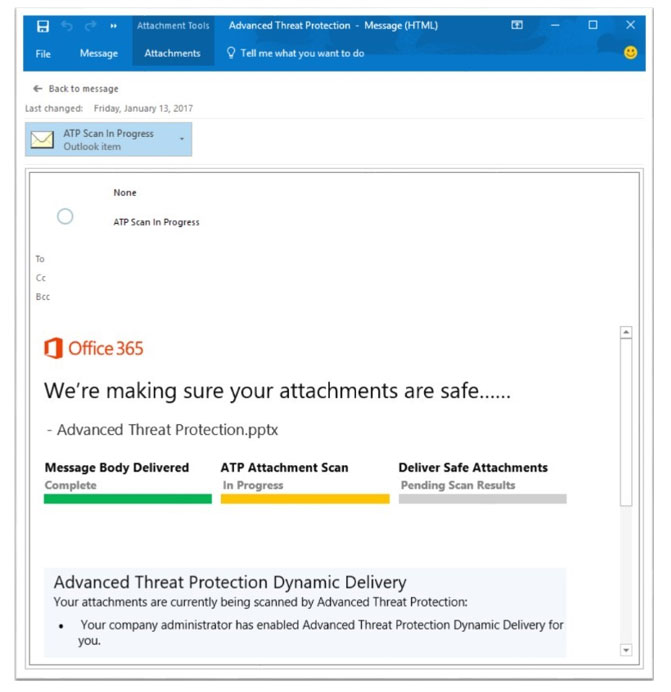 Dynamic Delivery , allows the user to read and respond to the mail while its attachment is being scanned, thus avoiding the penalty in user productivity. The service delivers the mail to the recipient with a message indicating that the attached file is being scanned and its progress.

Additionally, Dynamic Delivery displays a preview of the file it is scanning, further minimizing work interruptions for the user.

Protection against malicious links
Office 365 security tools scan messages in transit, blocking any malicious hyperlinks before the user can click. However, in the most advanced attacks these malicious urls are hidden in seemingly safe links that reach the recipient and in which even the most discerning user can fall victim to them. 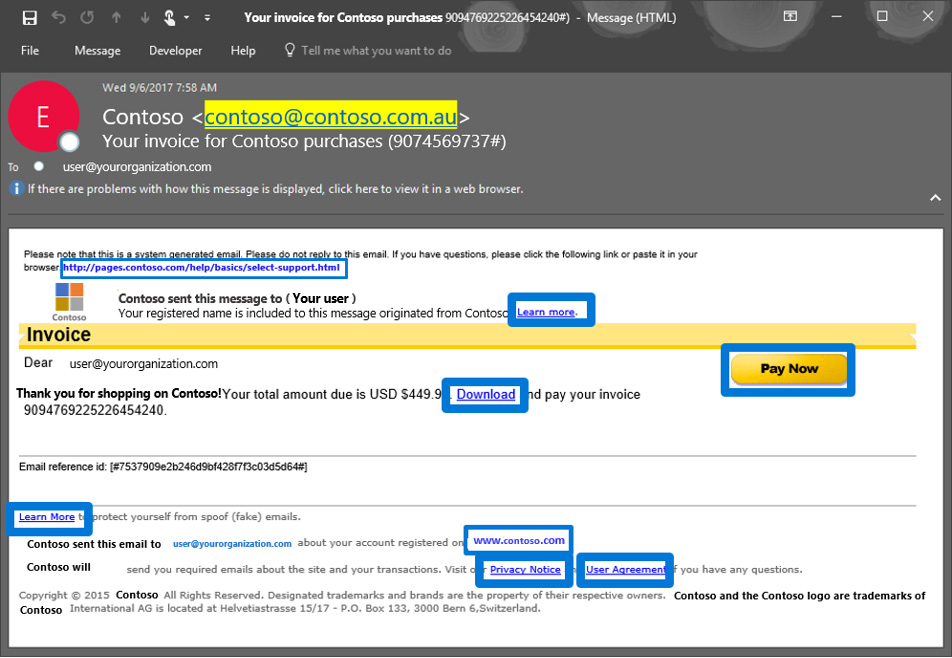 To deal with these malicious techniques, Defender for Office 365 has two functionalities, Safe Links and Url detonation , which act when the user clicks on the link, performing a reputation check and analysis of the link in real time, blocking the link in case it's malicious.

When the user clicks on a malicious URL, Microsoft Defender for Office 365 automatically begins the scan, showing the user screens reporting the situation. The protection of that link remains, blocking it every time the user clicks.

Microsoft has taken a big step in the protection coverage of Microsoft Defender for Office 365 by adding the Internal Safe Links functionality. This ability protects users from malicious links sent between people in the same organization.

Internal Safe Link acts the same as Safe Link ; When a user clicks on a link, the tool analyzes it in real time and blocks it if it is malicious. This functionality deals with the scenarios in which someone impersonates the identity of a person in our organization, also preventing emails from leaving it.

Protection against identity theft (Anti-Phishing)
This functionality that protects us from phishing attacks that come from people we know a priori but in reality they are not the ones who have sent us the mail (this is what is called an attack based on impersonation). These types of phishing attacks are extremely dangerous because the recipient, when the mail "theoretically" comes from someone who seems to be a member of your organization, tends to trust and easily fall into deception. If our domains are correctly configured, an impersonation using exactly our domain should not be possible, but Microsoft Defender for Office 365 intercepts as impersonation attempts also those senders that, being incorrect, confuse because they are very similar (For example, we received an email from a sender "zperez@softegn.es", when in reality, if this user existed, it would be "zperez@softeng.es".

Once this new advanced functionality is activated (the policy is not activated by default ), automatically the system gradually learns how each user communicates with others inside and outside the organization, applying predictive artificial intelligence and finally protecting all users. Microsoft Defender for Office 365 licensed users.

To combat this type of attack, Defender for Office 365 includes a system capable of detecting spoofed emails through:

Get advanced reports and track links in messages
Microsoft Defender for Office 365 offers extensive reporting and tracking capabilities that provide administrators with insight into the type of attacks that are occurring in the organization with information from who is the target in your company, malware and spam sent or received in the company and the category of attacks you face.

Advanced reports allow you to investigate messages that were blocked due to an unknown virus or malware: 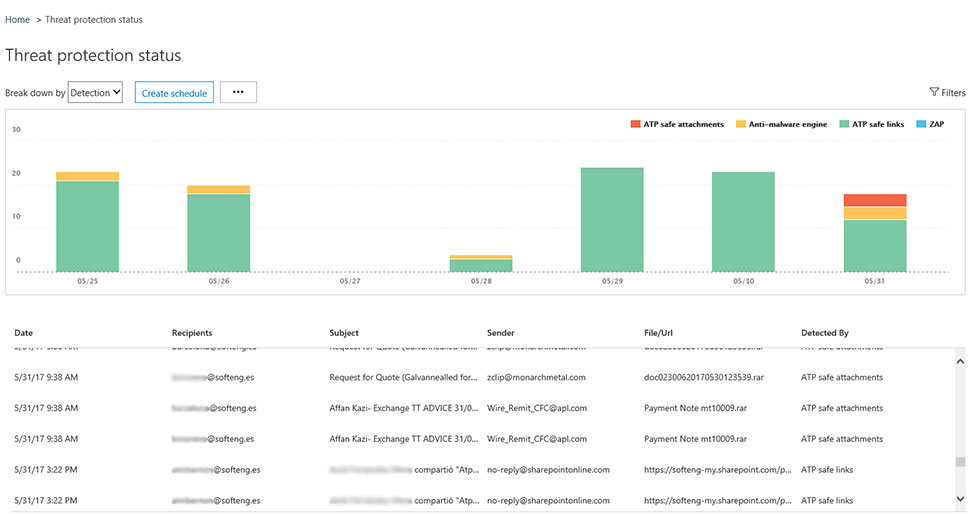 The URL tracking function allows an analysis of the links that users have clicked, also showing the blocked ones:

The ability of advanced protection for files that are shared from SharePoint Online, OneDrive for the company and Microsoft Teams offers companies a safer way to work, I m asking users to open or download malicious files.

How to acquire Microsoft Defender for Office 365?

Microsoft Defender for Office 365 Plan 1: It is included in the Office 365 Enterprise E5 version and can be added in the following Office 365 plans that have a mail license, specifically:

From Softeng we offer you our experience and our services to help you draw up and agree on the most appropriate strategy to implement security solutions in the cloud that ensure the continuity of your business .

You want to know more? Contact us to find out how to protect your company!

Yes, I want to know more!