Protect your business against advanced threats with Microsoft Defender for Identity

The increasing awareness of companies about the current perspective of cyber threats has also led to the development of the creativity of attackers and even the most foresighted and astute user can be a victim of them.

In background ... did you know what?

Although we have protected the identity of our users and data hosted in the cloud, possible vulnerabilities in VPNs and server infrastructure (especially domain controllers - with their local active directory), along with users making mistakes (for example falling into phishing attack or reuse passwords on insecure websites), provide alternative avenues for cybercriminals to enter the "kitchen."

The attackers, in those cases, move fast ... and once they obtain the credentials of any user, they manage to assign themselves administrator privileges (with the help of log files, memory-resident data, non-encrypted files and other mechanisms), and ... we already have them inside, without being able to do anything (for a time greater than 140 days on average until they are discovered). What's more, because many companies still have data on their local infrastructure, unfortunately, when it comes to on-premises attacks, the "network barrier" that companies typically have to theoretically keep themselves safe actually prevents intelligence from based on the cloud of other Microsoft products (such as AAD Identity Protection, Azure AD Conditional Access and Cloud App Security) can help you keep the data physically hosted in your organization safe.

The solution: Microsoft Defender for Identity

This technology allows you to quickly and easily understand what is happening on your network, quickly identifying suspicious activity and providing clear information about threats.

In general, with Defender for Identity you can:

How does it work?

Defender for Identity works in 4 steps: 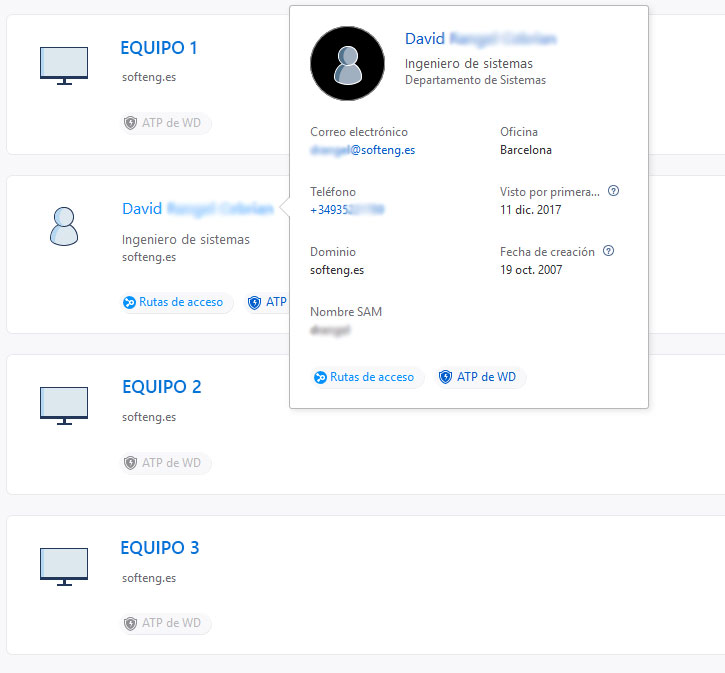 3-Detection
Thanks to the self - learning technology and threat intelligence of the Microsoft Intelligent Security Graph ( technology that analyzes billions of data from global centers of the company to access up-to-date information on attack trends) Defender for Identity is capable of detecting 3 groups of attacks or threats:

3- Problems and risks related to security
Thanks to Microsoft's integrated threat intelligence, it is able to identify known security problems: 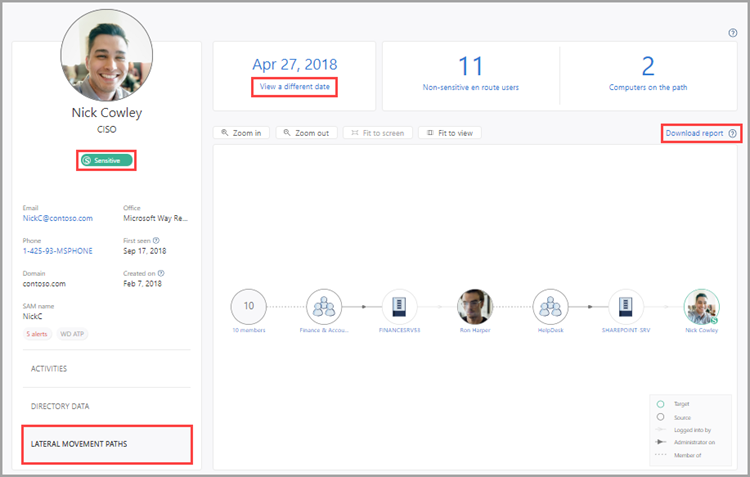 4-Alert
After detection, alerts and presents information on the Defender for Identity workspace portal, including a clear view of who , what , when, and how, as well as recommending actions for remediation. 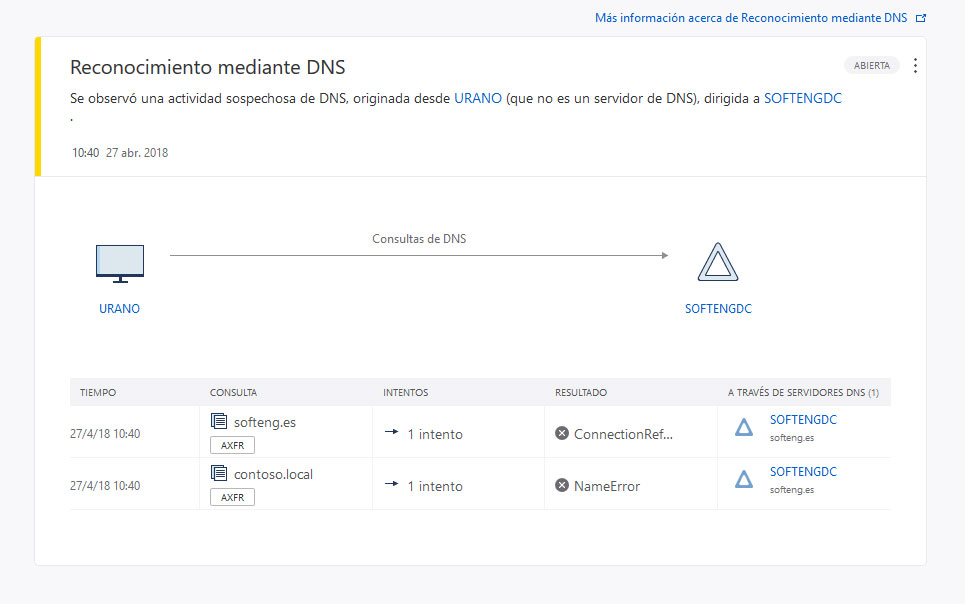 This image shows the alert that notifies the suspicion that an attempt was made to access from a server not recognized or supported by the company network. 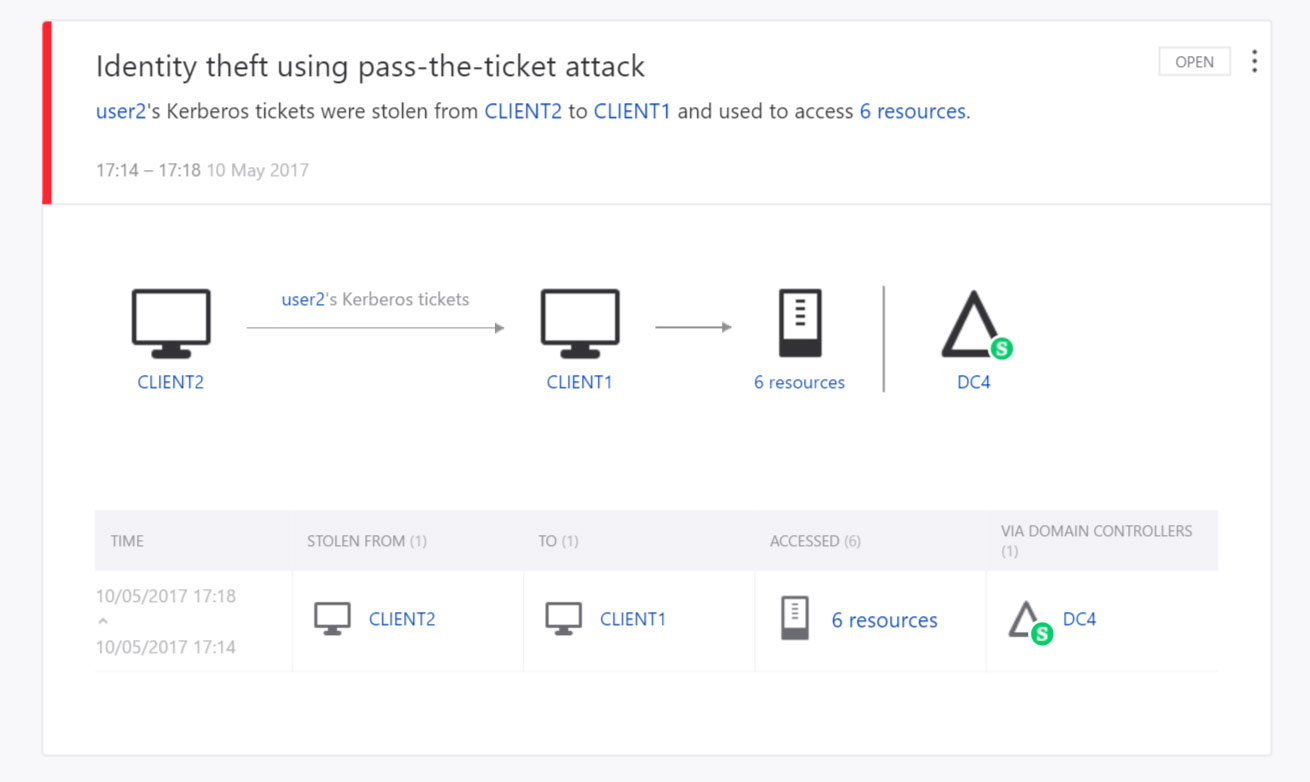 This image shows the Microsoft Defender for Identity warning panel reporting the suspicion that an attempt was made to carry out an attack called "Pass-the-ticket" on client computers 1 and 2 of the net.

You can purchase Microsoft Defender for Identity within the Enterprise Mobility + Security 5 (EMS E5) suite, with Microsoft 365 E5 or as a standalone product.

You want to know more? Contact us to find out how to protect your company!

Yes i want to know more