Microsoft announced last July 16, the availability of the Preview of the new version of Office 365.

The new version features an intuitive design optimized for use by touch, pen, or 'stylus' on all the new devices with Windows 8, also operating without a problem with mouse or keyboard with Windows 7. It also integrates a set of services such as Skydrive storage in the cloud, Skype to make calls and Yammer as a social tool for collaboration in SharePoint.

The new version of the Office Suite aimed at greater integration with the cloud. Microsoft Office 2013 has a touch interface and the Metro style. The programs that make up the Suite have been adapted to work with them in a tactile way from any device with Windows 8 including tablets, such as the next Microsoft Surface.

Office in the cloud with Skydrive
Office 2013 applications save the documents to Skydrive (in the Microsoft cloud storage system) by default. Office 2013 through Skydrive synchronize settings between multiple devices, including mobile and tablets in a very effective manner. Thanks to a new feature called summarize reading, the user may continue the work in a file to the exact same point where leaves it on the pc or other device. 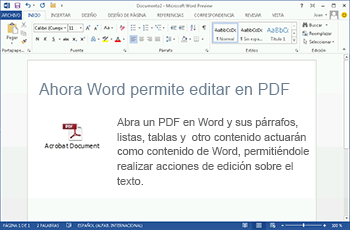 Word
One of the important novelties comes from the hand of Word, which will now open and edit PDF documents.

Excel
Great innovations presents tools for the display of large amounts of data, objectives of rapid analysis and improved access to libraries of templates. 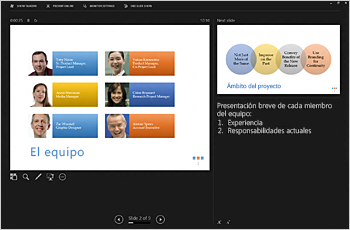 PowerPoint
PowerPoint has a new view of private moderator showing current and future slides, the time of presentation and speaker notes. 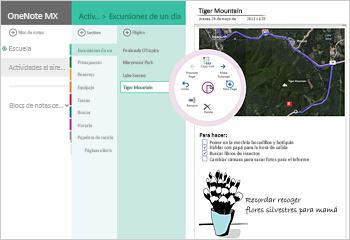 OneNote
The application has adapted fully to be able to touch work from any device.

Multimedia
Office 2013 offers spectacular improvements in the integration of multimedia content; allowing direct access to images from Facebook and Flickr galleries to add images in documents and presentations as well as insert videos and audio files in the most common formats.
Another novelty is that maps from bing and the weather forecast to the e-mails and calendar appointments may be added.

Skype
With the acquisition of Skype from Microsoft last year, Office 2013 will be the first office suite that incorporates VoIP services. Skype is fully integrated with a new option called "People Card" that offers several ways to stay in touch with your friends or see your social feeds.
As part of your subscription, Skype integrated with Office 365 includes 60 minutes for international calls per month.

Yammer
With the recent acquisition of Yammer, Microsoft advances the Social part offering integration with SharePoint and Microsoft Dynamics. With Yammer on Office 365, users can follow people, teams, documents and sites in SharePoint and see pictures, videos and Office content.

Office 365 will help you to create content more easily than ever, to connect securely with customers and partners and take advantage of the powerful tools of productivity in a safe and effective manner.

We invite you to know the benefits of Office 365